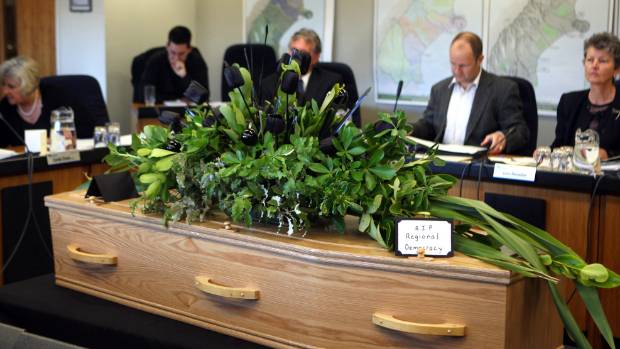 The last meeting of a fully-elected Environment Canterbury in 2010. The casket symbolised the death of democracy.

Sacking democratically elected Environment Canterbury Councillors  was a move that outraged the Law Society Rule of Law Committee which denounced the ECan Act as repugnant to the Rule of Law. Almost everyone was appalled.  Eight years on………